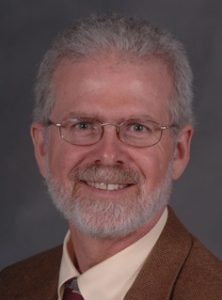 Signature drive: If you are an ATA voting member, your signed form is due at ATA by May 29. Please read below.

Geoff is interested in the President-Elect position. During the two years after being elected, the President-elect generally coordinates the ATA conference, and in the following two years, that person takes on the role of President.

ATA announced its candidates for the 2019 elections in the Chronicle. According to the announcement, the President-elect (a two-year term position) office  is uncontested.

After the Nominating Committee publishes its list of candidates, members have an opportunity to submit other candidates. I am hereby supporting the process to submit an alternate candidate: Geoff Koby. He has said that he is interested in running for this position.

The following are the word and pdf versions of the petition form, due to ATA by May 29.

According to the ATA Chronicle article:

Further nominations, supported by acceptance statements in writing by each additional nominee and a written petition signed by no fewer than 60 voting members, must be received by the Nominating and Leadership Development Committee by May 29. Acceptance statements and petitions should be submitted to Nominating and Leadership Development Committee Chair David Rumsey. Candidate statements and photos of the candidates will appear in the September/October issue of The ATA Chronicle and on ATA’s website.

How to send your petition:

I support Geoff Koby’s signature drive because I have seen his diligence, ability to reach consensus, and ability to work with others in a team, as part of the ASTM Translation Standards Committee and on other opportunities. Geoff is a certified translator who knows the field as a translator, as an instructor, and as someone who regularly listens to the concerns of others at the ASTM table. This gives him a very broad perspective that benefits ATA when it comes to serving all members. I believe he would represent both interpreters and translators well, and support our profession in the next four years.

See his work in the following publications:

Geoff Koby is a full-time professor of translation studies at Kent State University and a part-time freelancer. He holds a Ph.D. in Historical Germanic Linguistics from the University of Wisconsin-Madison. Geoff is also an ATA-certified translator (German>English and Dutch>English). After serving for several years as a German>English grader for the ATA certification exam, Geoff accepted the Deputy Chair position on the Certification Committee. In 2009, he became the Committee Chair (2009-2014). Geoff is one of the founders and a past president of the American Translation and Interpreting Studies Association (2002-2010). In addition to his translation of several literary works, Geoff has been widely published as an expert in translation assessment, evaluation, practice, and pedagogy. As a freelancer, he specializes in legal, commercial, and financial translation, with a special interest in contracts.

Remember: if you are an ATA voting member, your signed form is due at ATA by May  29. Please download the attached form, complete it, and send it to ATA as soon as possible. The officer positions have been uncontested in ATA elections for long enough that many don’t remember it being any other way. This is the general pattern in Division elections as well. This is an effort to have an opportunity to choose the next ATA leader.

Helen Eby grew up in Argentina, the land of the gauchos. She is certified as an English Spanish translator by ATA and as a Spanish interpreter by the Oregon Judicial Department and by the Oregon Health Authority. She co-founded The Savvy Newcomer and the ¡Al rescate del español! blogs, both of which are team efforts to provide resources for other language professionals. She is also a founding board member of the Spanish Editors Association.

I will be providing services from Washington State

I will be providing services from Washington State